SPMT modular trucks are mainly used in the transportation of heavy and super-large structures. They have the advantages of large load capacity and flexible movement. They are mainly used in the transportation of heavy and super-large structures. It is widely used in engineering fields such as petroleum, chemical industry and bridge construction. Under normal circumstances, before SPMT operation, the PPU, 6-axis car plate, and 4-axis car plate need to be spliced longitudinally and horizontally, and after forming a car group, large parts are transported, and the design method of evenly grouping points is adopted. In some special cases, it is necessary to use a 6-axis carriage to connect the PPU for transportation. At this time, due to the action of PPU, the car board will tend to tilt longitudinally around a certain axis. For example, a 6-axis car board is divided into points according to the 3-3-3-3 method, and the car board exists around the 5th axis. vertical tilt trend. 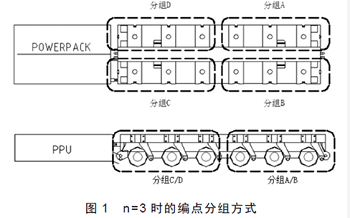 By establishing the stability calculation model of the 6-axis deck of the SPMT module car, the relationship between the weaving method and the load position of the cargo is analyzed. 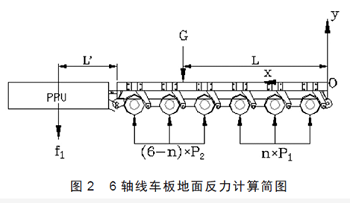