What is self-propelled platform trailer?

Self-propelled modular transporter is a special equipment. The particularity of this transporter is that it adopts modular design. This equipment is actually composed of several small flat cars. Each car has its own wheels and power system, and can work independently under manual remote control or computer control. The transport capacity of each car is more than 30 tons. It is enough to transport some parts separately. If large parts need to be transported, the trolleys can be combined with each other to form a giant transport vehicle. In this way, the number of trolleys forming a giant flat car can be adjusted according to the weight of the parts to be transported, so as to greatly reduce the cost. 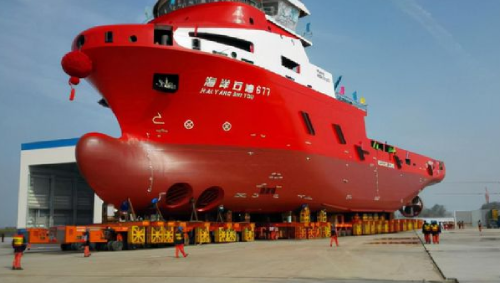 The technical difficulty of this transporter is also very great. In order to transport heavy parts weighing thousands of tons, it needs to have a strong power system. Each wheel of each trolley is equipped with an independent hydraulic drive system and steering system, which can control the power output and steering of each wheel under the unified control of the central computer, and its central computer computing ability is also very powerful. It can measure the pressure and other data borne by each wheel in real time and automatically calculate the best driving scheme, which makes it not only pull thousands of tons of giant parts, but also shuttle freely in the narrow construction site to apply the parts to the place where it is needed.