The main structure of the semi-trailer towing platform includes the tow bar, the tow ring, the safety hook, the tow frame, the tow base, the traveling mechanism, the electrical circuit system, the braking system, etc.. 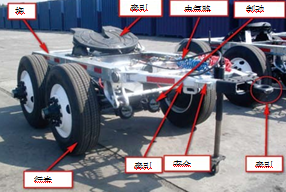 The tow bar (including the tow ring) is the transitional structure connecting the tow tractor and the trailer. For the A-type semi-trailer towing trailer, the tow bar can either be designed as a rigid connection, formed by welding or screwing with the trailer to form a rigid whole, or it can be designed as a hinged connection structure , so as to achieve relative swing within a certain range in the horizontal plane and improve the steering flexibility of the semi-trailer traction trailer. For C-type semi-trailer towing trailers, the drawbars are mostly designed to be rigidly connected to improve the connection stability. 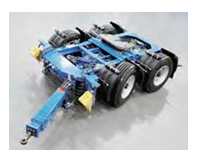 The main function of the tow ring is to form a trailer by connecting with the hook at the rear of the trailer or bicycle. Since the traction ring is the main connecting part, it is subjected to a large longitudinal traction force during driving, so its strength must meet the requirements of relevant standards. The standards of each region have clear requirements for it. At present, standard parts and common parts have been formed in North America, Australia and Europe.

The braking system is mainly used to brake the traveling mechanism of the semi-trailer traction trailer itself, and ABS is generally configured at present.